Many moons ago I took a college course on the Gothic Novel  We read wonderful novels that I loved like The Mysteries of Udolpho, Melmoth the Wanderer, and The Monk.  We also read a novel that mocks these sensational Gothic novels and that novel is Northanger Abbey by Jane Austen.  Needless to say I was WONDERFULLY excited to learn that Gothic Literature would be the theme for this circuit.  I decided to read Clermont by Regina Maria Roche because of Jane Austen.  My library has a set of novels, Clermont is included, that are called The Northanger Set of Jane Austen Horrid Novels.  Of course, this is in reference to a statement made by one of the characters to Catherine Morland in Northanger Abbey:

Dear creature! How much I am obliged to you; and when you have finished Udolpho, we will read the Italian together; and I have made out a list of ten or twelve more of the same kind for you.

Have you, indeed! How glad I am! What are they all?

I will read you their names directly; here they are, in my pocketbook. Castle of Wolfenbach, Clermont, Mysterious Warnings, Necromancer of the Black Forest, Midnight Bell, Orphan of the Rhine, and Horrid Mysteries. Those will last us some time.

Yes, pretty well; but are they all horrid, are you sure they are all horrid?

The plot concerns Madeline Clermont a virtuous, charming, beautiful young woman who lives with her reclusive father in a small cottage.  A series of accidental visits lead to Madeline falling in love and the papa Clermont's secret past coming back to haunt poor Madeline.

Readers of Gothic Literature will recognize the usual Gothic elements at play here:  subterranean caverns, secrets, lust, thunderstorms, murder, deception, and load upon loads of streaming eyes, trembling lips, and more swooning than you can shake a stick at.  If you want to get very drunk very quickly then take a swig anytime Madeline faints.  You'll be drunk well before the middle of the book.

Of course I think part of the entire "horror" of the novel lies in Madeline's position.  She is dependent upon shady people and lacks a solid position in life.  The climax of the plot concerns plans for Madeline to enter into a forced marriage with a nefarious character.  How horrifying to readers like Catherine Morland who can relate to the situation of being at the mercy of the men in one's life to obtain security.

When reading Clermont it is easy to become bogged down in all the hithers and whilsts and over-wrought emotions; I found going into this read with a familiarity with the genre, a sense of fun, and a smidgen of historical perspective made this read a real treat.  I wouldn't say I'm ready to swoon over Clermont, but if you are looking for something florid, then this is right up your alley!
Posted by Amanda Roper at 8:06 PM

Amanda Roper
Amanda lives on coffee, snark, and capacious Victorian novels. She has an aversion to telephones and communicates by owl exclusively.

Promote Your Page Too 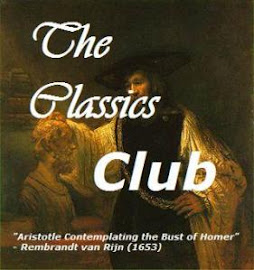 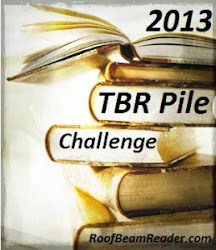 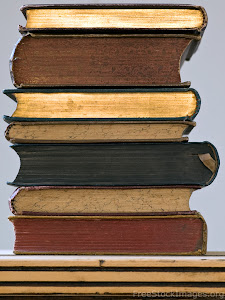